A Very Serious Problem In Our Society Today is Domestic Violence!

Warning: This post is not pretty and outlines some real abuse that I have actually experienced. This post is PG-13 and may contain information that is not suitable for all audiences, but is specifically suitable for survivors of Domestic Violence!

I have lived through too many experiences in this arena of trauma.

Emotional Abuse can lead to Physical Violence. It’s a test!

You have to stop it when it is just emotional abuse, because it is wrong and if you enable it to continue, you may pay for it with your life!

I want to outline some insidious abuse I have experienced, that may not be as obvious as the overt threats against my life.

I have been abused in some really crafty ways to make me question my own reasoning. The psychological term for this is “Gaslighting”.

This term is from a technique used in a movie from the 1930’s in which a manipulative husband does things to make his wife question her own reasoning and sanity, including adjusting the flame on a gas lamp and slowly dimming it over time.

Gaslighting is used by manipulators and abusers to gain control over their victims. It gets the victim and others to question their accurate perceptions, to the point they may think they are going crazy. Or the victims and outsiders buy into the abuser’s tactics as being ok, when they are deeply destructive and abusive.

Gaslighting is often used by narcissists and psychopaths.

This became such an intense situation that I always had to hold back from defending myself with a punch or kick to him.

I was afraid that he would instigate a situation where I defended myself, not realizing it was him coming up on me, and then he would say I assaulted him when he was kissing me. Then I would be charged with Domestic Violence.

I called an attorney to ask if I could be charged under those circumstances. He said it “Yeah, it could happen, it depends on the judge. “

I talked to my Karate instructor about what I could do. My partner was systematically desensitizing me to react to someone in my space coming up on my body, without my permission.

This is dangerous to me. I need to react with appropriate force when I am in danger not hold back to check and see if it’s my partner manipulating me.

I made him sign a statement that I had asked him more than 20 times not to sneak up on me and touch or kiss me, and that if I defended myself by hitting him, when he intentionally startled me—that he would not prosecute.

Then my karate instructor said: “Ok, here’s what you do the next time he sneaks in and kisses your neck from behind, just drop into a horse stance and grab him in the genitals. Squeeze hard enough to hurt and then tell him “I was just showing you I love you, with a little squeeze.”

I only needed to do it once!

That did not stop him! Later he escalated to pummeling me in the brainstem area at karate– because I had blocked his way of intimidating and controlling me.

He easily could have killed me if my soft foam helmet had moved. He was immediately kicked out of the karate school.

This same partner knew that I had been hit by other vehicles in Motor Vehicle accidents 10 times! I had some serious injuries. I don’t like anyone messing with my safety while I am in a car.

So he would intentionally drive recklessly to the point I felt my life was endangered.

I have jumped out of his moving truck because I felt I had a better chance at safety jumping out of the vehicle than staying in it!

Amazingly–I was not hurt jumping out of his moving truck! 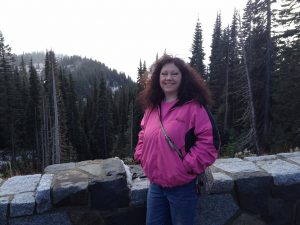 Never underestimate your fighting spirit and what you can do when your safety is being threatened!

If any of you are in an emotionally abusive relationship, get out! Your life and your kid’s lives may depend on it. The aftermath may be too much.

Don’t turn the other cheek to an abuser– Just Get Out!

This Is An Excerpt from: The Way of the Phoenix: A Personal Development Show by Phoenix Alexander. The Episode is: “Turn Trauma Into Triumph” (Part 3)

Watch for the full show in the upcoming months.